Kim has been teaching Dance and providing Choreography for over 20 years. She is knowledgeable in all genres of Dance.  She has worked on local performances for “A Chorus Line”, “Fame”, and “Grease”. She choreographed Keyano Theatre's 2011 Musical "All Shook Up". In February 2013 she choreographed and starred in local musical "HomeTown, The Musical".  She was also the choreographer for Keyano Theatre Company's "Cabaret", "Footloose" & "FlashDance".  She has taken many professional classes in LA, Florida, NY and Las Vegas to further her knowledge. Kim has completed the DEA Teacher Training Syllabus Program. She is an Affiliate with The Society of Russian Ballet. She has worked on choreography for neighbouring Alberta schools and is sought after across the province for her teaching skills.  She has been recognized by agents who represent Dance Educators for her choreography. She has been featured in Dance Studio Life Magazine for her Artistic Direction and Business Operations. She is a member of the Professional Adjudicators Alliance as well as an Acro Dance Certified Adjudicator. She prides herself on her dancers’ accomplishments – as they have obtained numerous titles with her choreography and training; many are successful Artists in the Industry and have also become entrepreneurs in all facets of health and the arts. Kim Hurley is the Artistic Director for "Northern Dance Off" Competition, and was the Artistic Director for the Opening Ceremonies of the 2018 Wood Buffalo Alberta Winter Games. Her expertise as an instructor, choreographer and Artistic Director has given her dancers key elements in life long pursuits dance and non-dance careers. Her extensive knowledge and years of dance teaching have made her one of the most successful dance business owners in Alberta. Kim loves dance and she loves the accomplishments her training brings out in dancers she instructs! Welcome Kim! ♥ 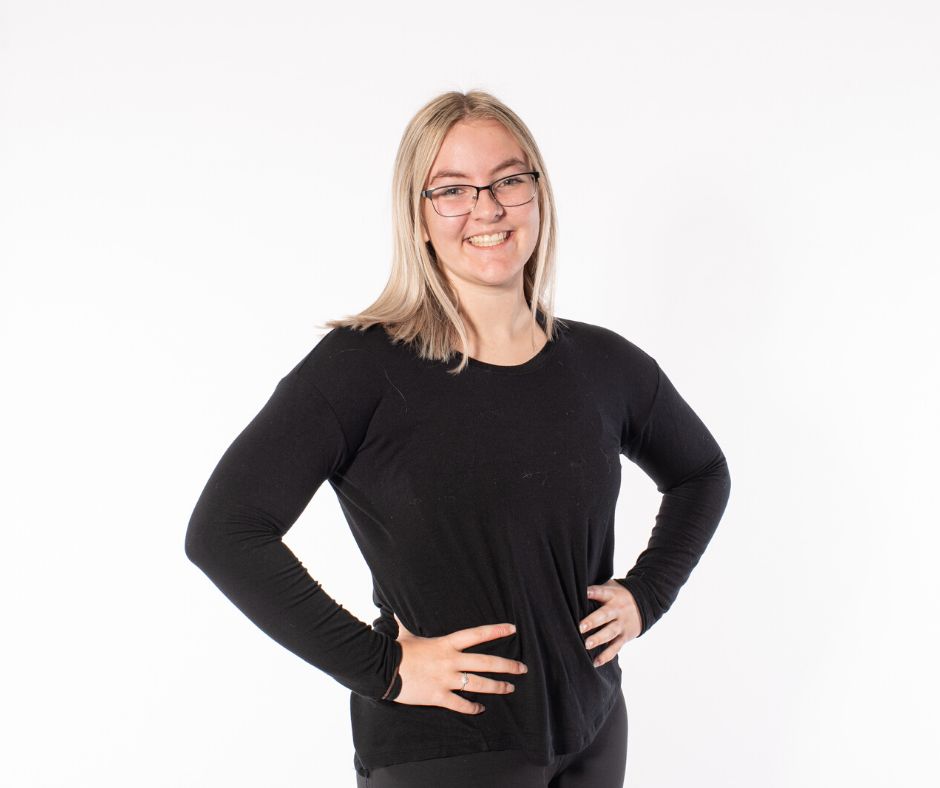 Sarah has been a member of Generation Dance for 15 years! Growing up in the studio she has been trained in all areas of Dance. Instructing many Recreational and Competitive classes Sarah is equipped with all the skills for dancers to learn and grow. Sarah has won many awards and accolades throughout her dance life. She is a phenomenal technician, exceptional tap dancer, and has a dance quality for lyrical and Hip Hop that speaks for its own. A great role model, Sarah is attending Keyano College in Business Admin this season. We are so happy to have her with us to continue to inspire the Next Generation! Welcome Sarah! ♥ 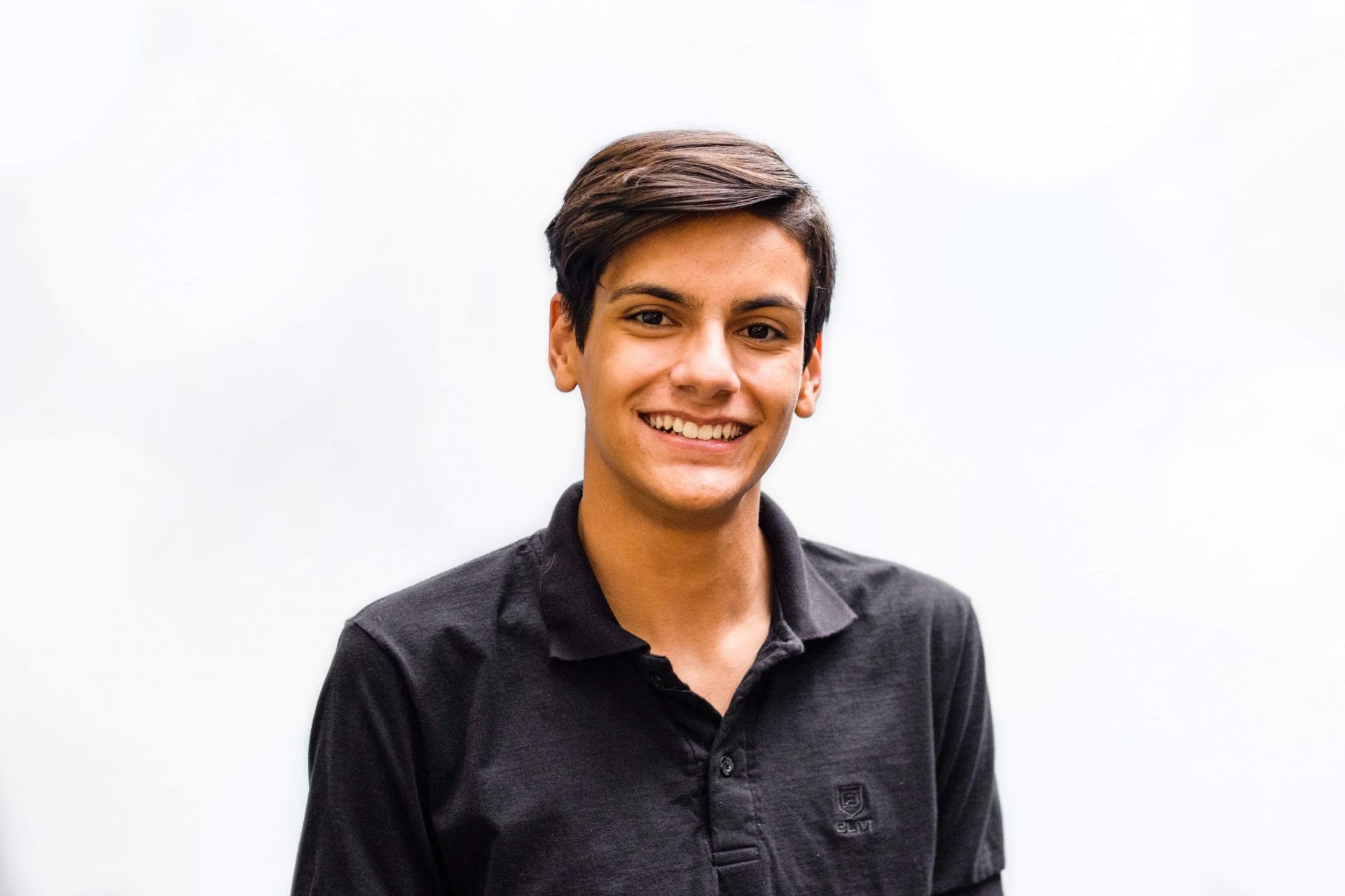 Rafael is one of our incredible Alumni's who is with us for a short time while Covid is taking place. He is an all around incredible dancer in all genres of dance. A patient and kind instructor who has a wealth of dance knowledge to give his students. He enjoys primarily Hip Hop and Contemporary and is an extraordinary performer. Rafael brings the male dancers some insight and skills on training dance as a male. He is very humble and at the same time extremely fierce on the dance floor. He has many accomplishments that make him a wonderful mentor to our younger Generation. Follow in Rafael's path; "Work hard and you can accomplish anything!" Welcome Rafael! ♥ 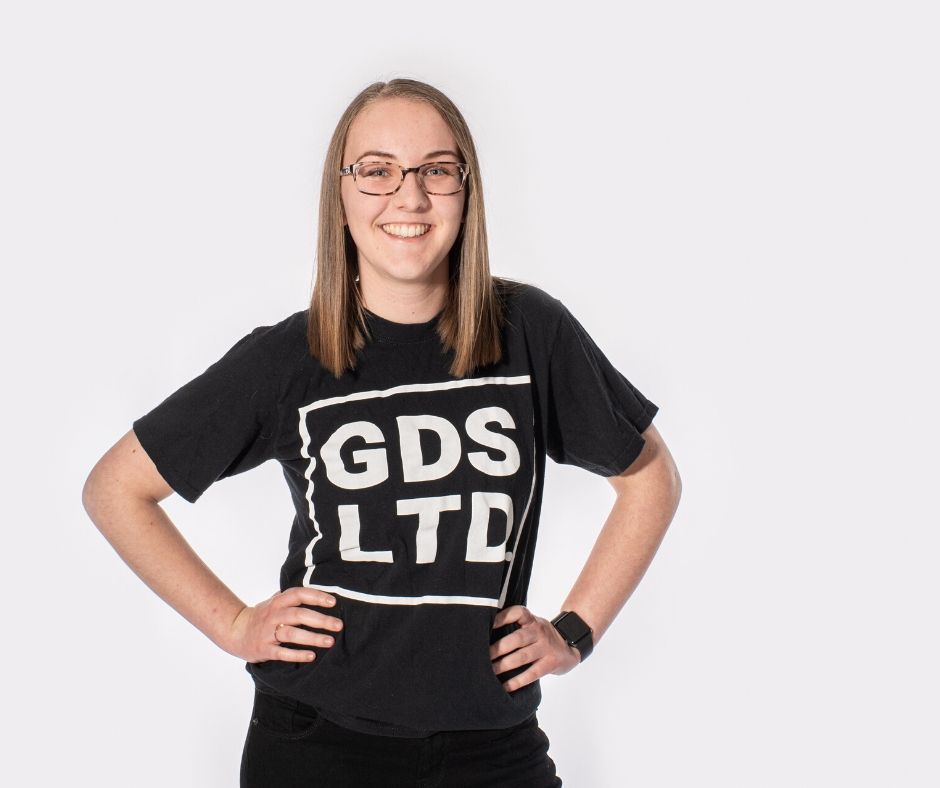 Alex is our Tiny Tot Director! She has been an asset to our Tiny Tot Program for many years. Operating extensive, fun, structured, and safe classes for our ages 3 to 5. We are so happy she is apart of our team. She loves the littles! Her enthusiasm and caring way are all apart of what makes her the instructor she is. Many parents have commented on her instruction and are delighted with her classes. She is one of the most sought after teachers for our Tiny Tot program. The certification and training she has received in preschool dance education is extensive. Currently training as an RN Alex is committed to her studies but allows time for our program and we are so grateful for that. Sign your dancer up today in this one of a kind program - you will not be disappointed! Welcome Alex! ♥ 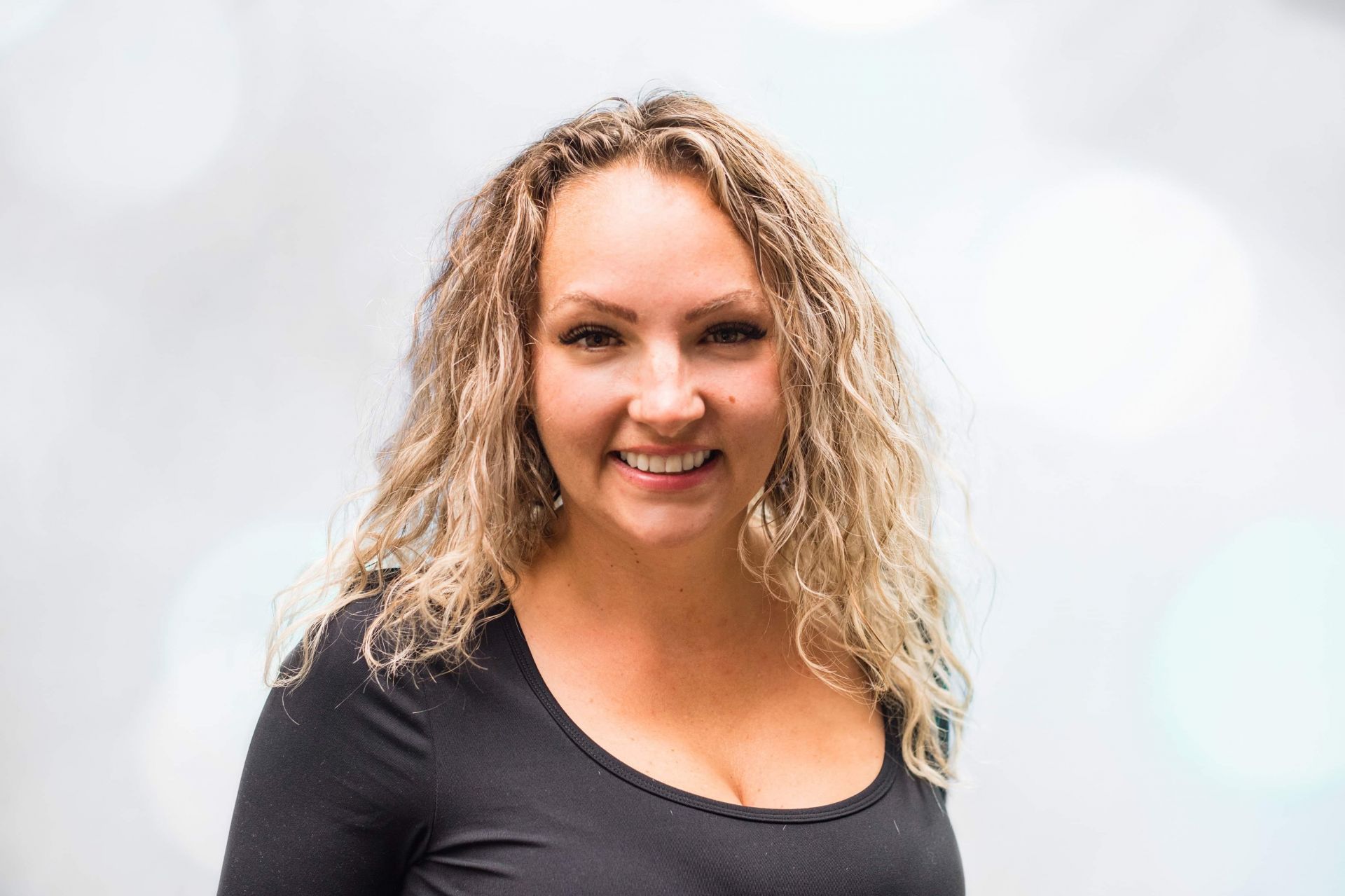 Ashley Shears-Matei was born and raised in the RMWB, Ashley is passionate about the community, she volunteers on numerous boards in the community and supports diverse youth-related and charitable organizations.

Ashley grew up loving the arts, and also loving shows like "So you think you can Dance". When her daughter joined dance its sparked her joy and encouraged her to jump in and learn. Ashley has completed her Acrobatic Arts Preschool Certificate, and is a member of the Acro Dance Teachers Association. Welcome Ashley♥

Ava is one of our longtime dancers! We are so excited for her to join us on the faculty this season. She has been assisting us for a longtime and is now venturing over to becoming an instructor. Ava has so many skills to offer GDS. To begin, she is a high achiever in the Acro world and utilizes these skills in her dancing. She has demonstrated the necessary qualities to be able to transfer this knowledge onto our students. In addition, she is well trained in Jazz, Tap, Lyrical/Contemporary and Ballet. We are fortunate to be able to have her begin teaching here at GDS! If your in Ava's class be prepared for a fun filled informative experience. We can't wait to see all the progress take place this season from the students she will instruct. Welcome Ava! ♥

Brianna is a great asset to our team!  She has had countless awards recognizing her accomplishments in dance and in Youth Leadership. Ready to start instructing her own classes, Brianna has demonstrated the keys elements in providing dance education. She is fantastic at breaking down technique for the beginner dancer and assisting them in classes in order to inspire them to keep working hard. Her passion comes from her many years at GDS and the influence it has had on her life. Brianna hopes to meet all the dancers families and welcomes them all to Generation with open arms. Welcome Brianna. ♥ 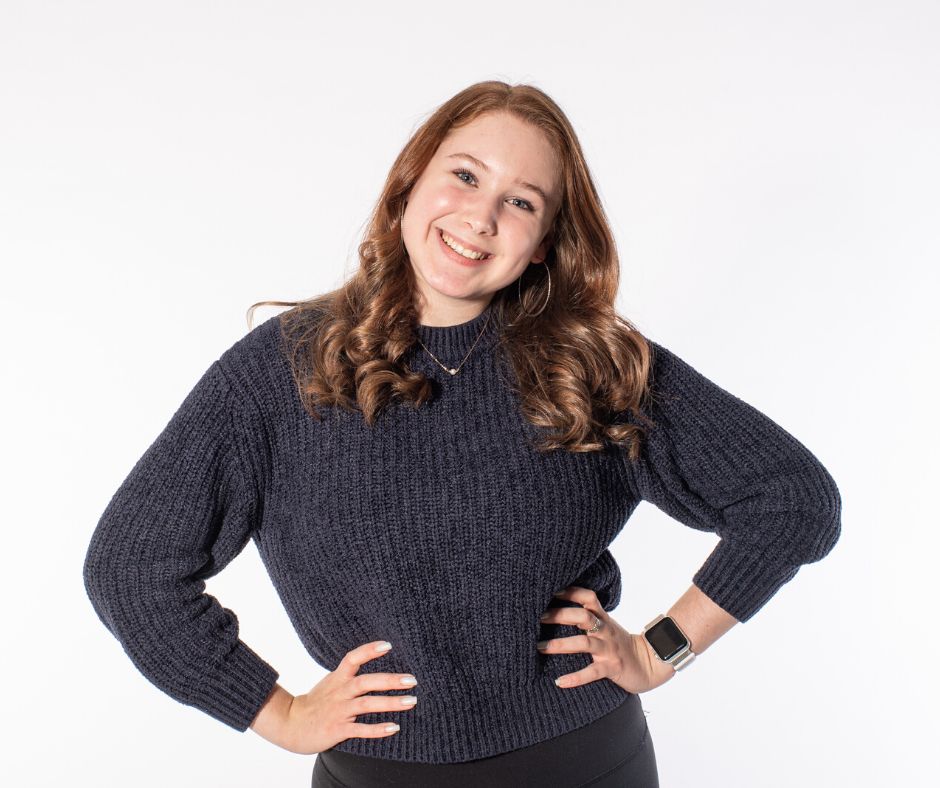 Grace is very excited to be instructing again this year! She is a fantastic leader, and is loved by her students. Her love of dance is evident in her instruction and she loves to help the students accomplish their goals. Her numerous achievements throughout her dance training make her an amazing role model. Her shiny bright smile and loving demeanor are so prominent. She has been doing her teaching training through the Society of Russian Ballet and she is so excited to offer her knowledge in the syllabus. Not only an instructor but Grace is also a competition choreographer with our team. Welcome Grace! ♥ 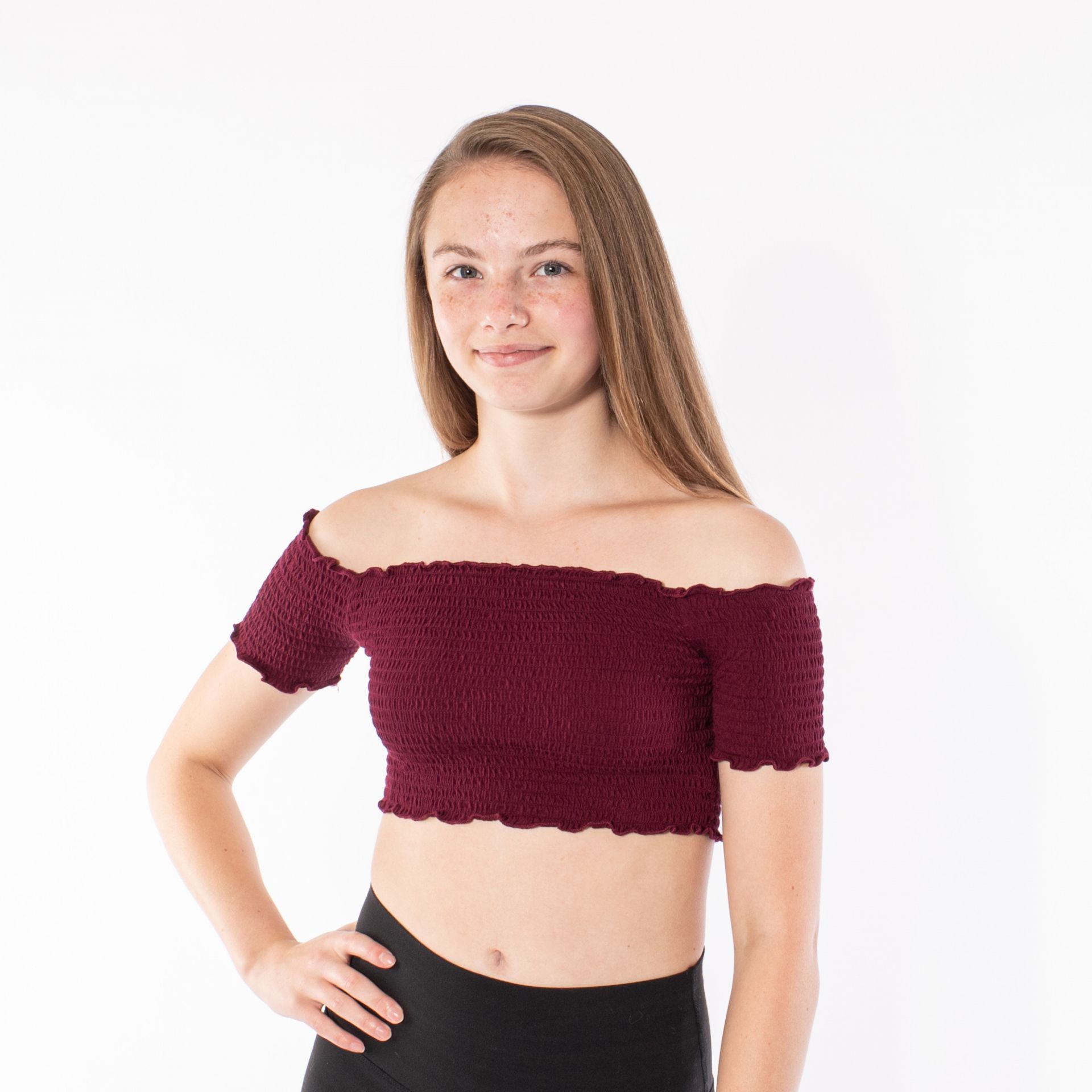 Hailey trains in all styles of Dance. Her abilities as a technician and athlete are incredible. This will be her first year teaching after completing many years in our Assisting Program. She brings many skills to our students such as Flexibility training, Acro knowledge, Lyrical and Hip Hop experience. Hailey is a strong dancer and an excellent leader. She is very happy to begin instructing classes. Welcome Hailey! ♥

Julia is here to begin her teaching skills at GDS! As an assistant for many years she is now ready to offer instruction on her own to our new and returning dancers at Generation. Her outstanding accomplishments in all areas of academics and primarily her leadership qualities and achievements have led her to a promising teaching career. We love that she is so determined yet very fun and warmhearted. Students will enjoy the atmosphere she creates in her classes and will leave with a smile on their faces. Welcome Julia! ♥

Kennedy danced at Generation Dance Studio Ltd. from age 3 to 18.  She was a part of the competitive team and trained in all styles including jazz, hip-hop, lyrical, modern, tap, ballet, and contemporary.  Kennedy also trained as a competitive gymnast during her earlier years which formed a deep love of acro and became an ingrained part of her own unique style and choreography.  While in Fort McMurray, she travelled to Calgary and Edmonton for intensives and training to get certified in acro and national level gymnastics coaching.  Upon graduating from GDS, Kennedy moved to Edmonton to study a Bachelor of Education at the University of Alberta.  While studying, she was a part of the MOD Dance Company, focusing on her contemporary style development and choreographing some of the company’s pieces.  In 2017, Kennedy moved to England to teach elementary school and fell into a world of acro yoga.  She trained with circus performers, dancers, and yogis all over the United Kingdom, learning hand to hand tricks, balances, and acro skills.  Late in 2018 she moved to Koh Phangan, Thailand to study Hatha & Aerial Yoga, becoming a certified teacher of these styles.  Later that year she moved to Colombo, Sri Lanka to teach Yoga at the German Embassy.  Kennedy has recently moved back to Fort McMurray with a strong foundation in acro, jazz, and contemporary.  She is excited to continue developing her style with dance and acro fusion. Welcome Back Kennedy! ♥

Morgan is one of our Senior Instructors this season who is full of energy and positive enthusiasm! We are delighted that she will be leading some of our younger Tiny Tots through some of their first encounters with dance and GDS. Being a Tiny Tot herself at the age of 3, Morgan has been through all the training it takes to be able to provide a structured, safe, happy dance education to our dancers. Not only with our little ones, but Morgan is also a great asset to our Competitive dancers. She has graced the stage many times with many dance routines and never leaves without a high standing award, or a gracious comment about her performance. She looks forward to this upcoming season and the ability to help our dancers excel and improve. Welcome Morgan! ♥ 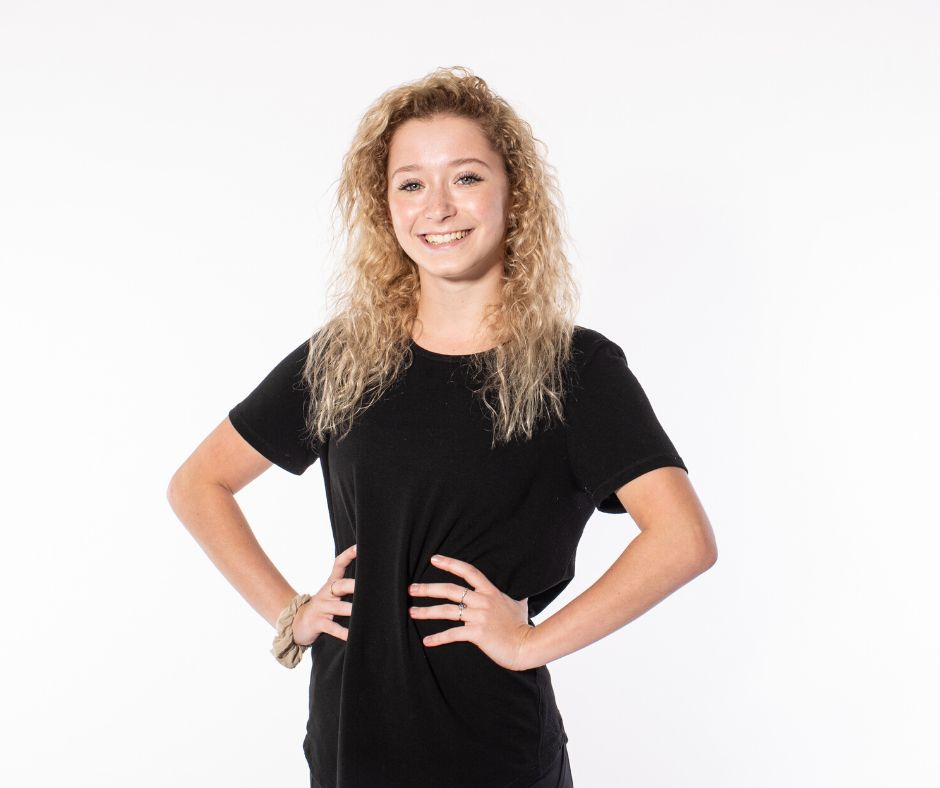 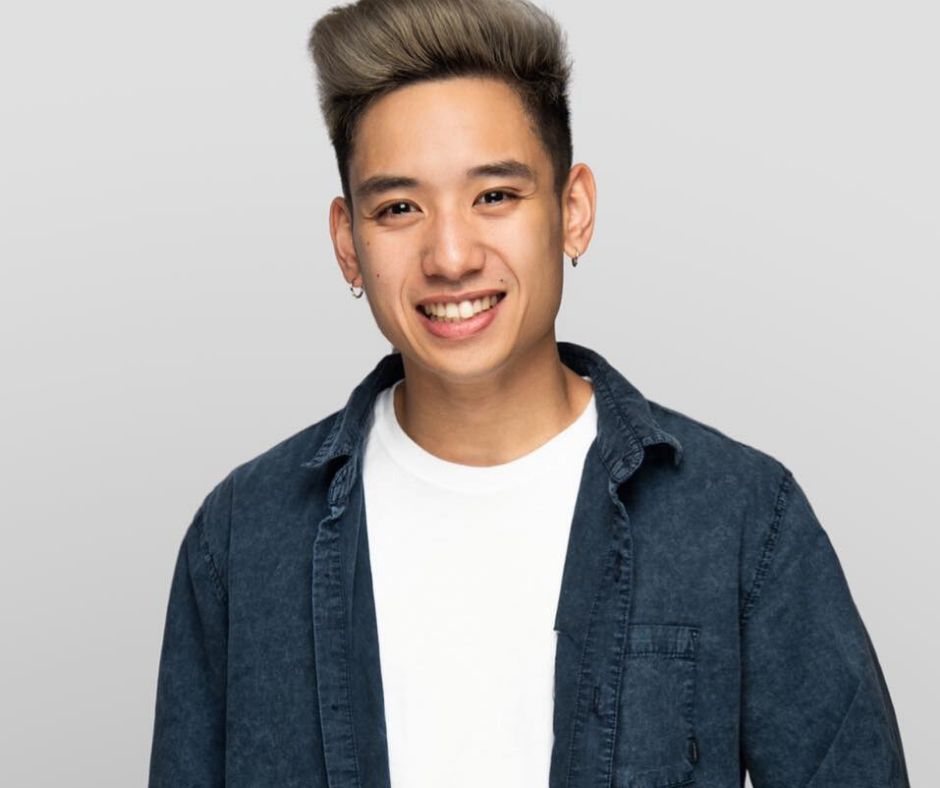 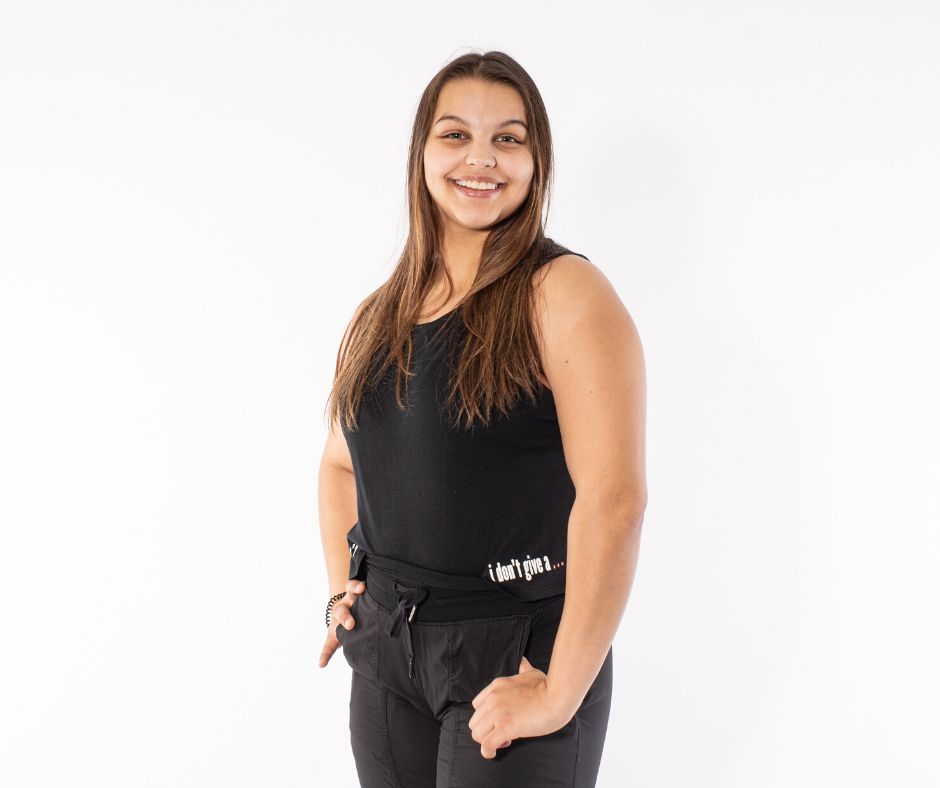 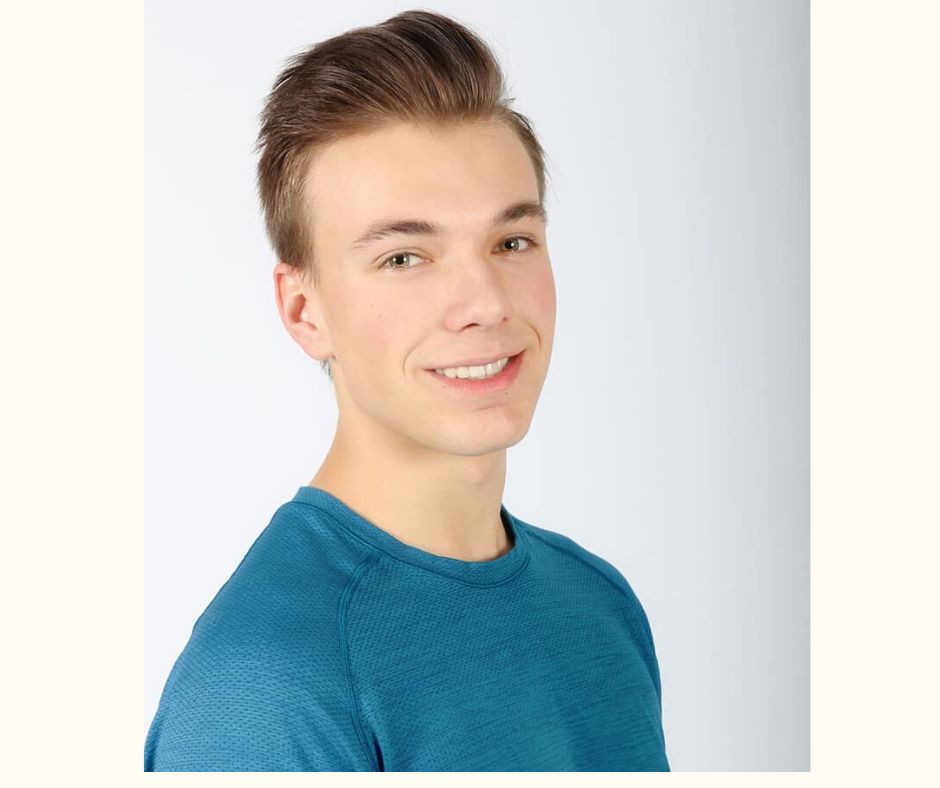 Generation Dance Studio opened its doors in September 1999. For two decades of instructing Dance in Fort McMurray, we have become one of the most well respected, fun, creative, dance facilities in the Region. We strive on providing the best quality Dance Education. Many of our dancers have moved on to wonderful dance careers. We are proud of what we have offered Fort McMurray. Our staff is hard working, organized, prompt, and share extreme knowledge in the progression of Dance Education. We would love for you to partake in our program. We love everything about Dance and we enjoy seeing our dancers reach heights and attain goals they have worked so hard at.
“Move To Excellence”